The FAST team conceived and designed a futuristic engine able to take you from Paris to Tokyo in less than two hours!

It also complies with today’s environmental standards thanks to the use of liquid hydrogen as fuel.

The TRINITY engine merges these strengths into a single compact propulsion system, using an inline configuration allowing savings in terms of volume, weight, and frontal area. 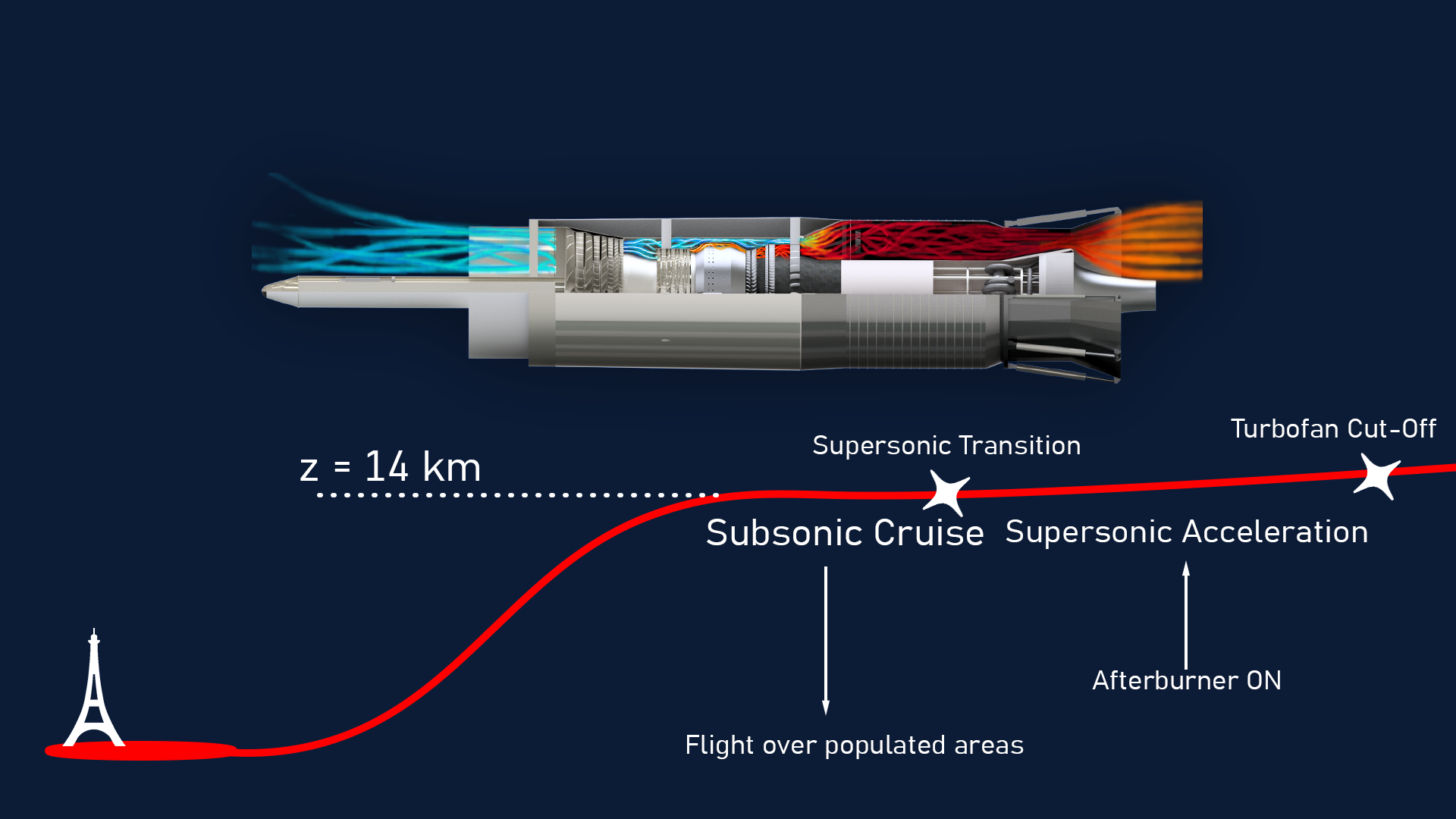 The capability of low Mach flight was fundamental to have a versatile engine. Therefore, a low by-pass turbofan has been implemented in the system. It provides the specific thrust to perform traditional take off, subsonic cruises and, thanks to the afterburner, the supersonic transition. 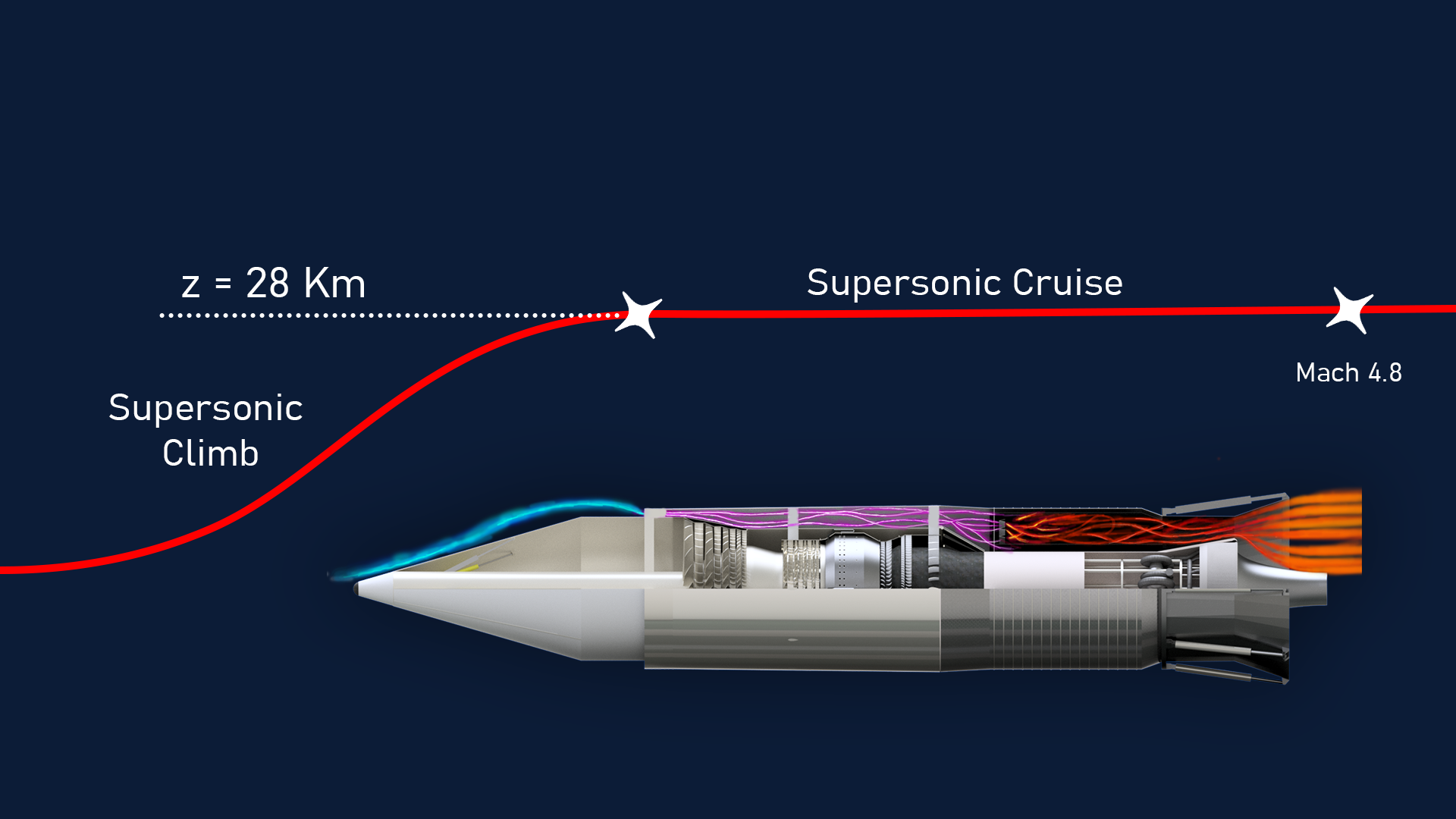 Since the high Mach flight leads to high stresses and temperatures for the engine, a simpler system is optimal for long cruises. The ramjet uses the intake compression ratio to obtain a high cycle performance and to provide the high thrust levels required to sustain a supersonic cruise. Thanks to this system, the spacecraft is capable of reaching Mach 4.8.
Rocket 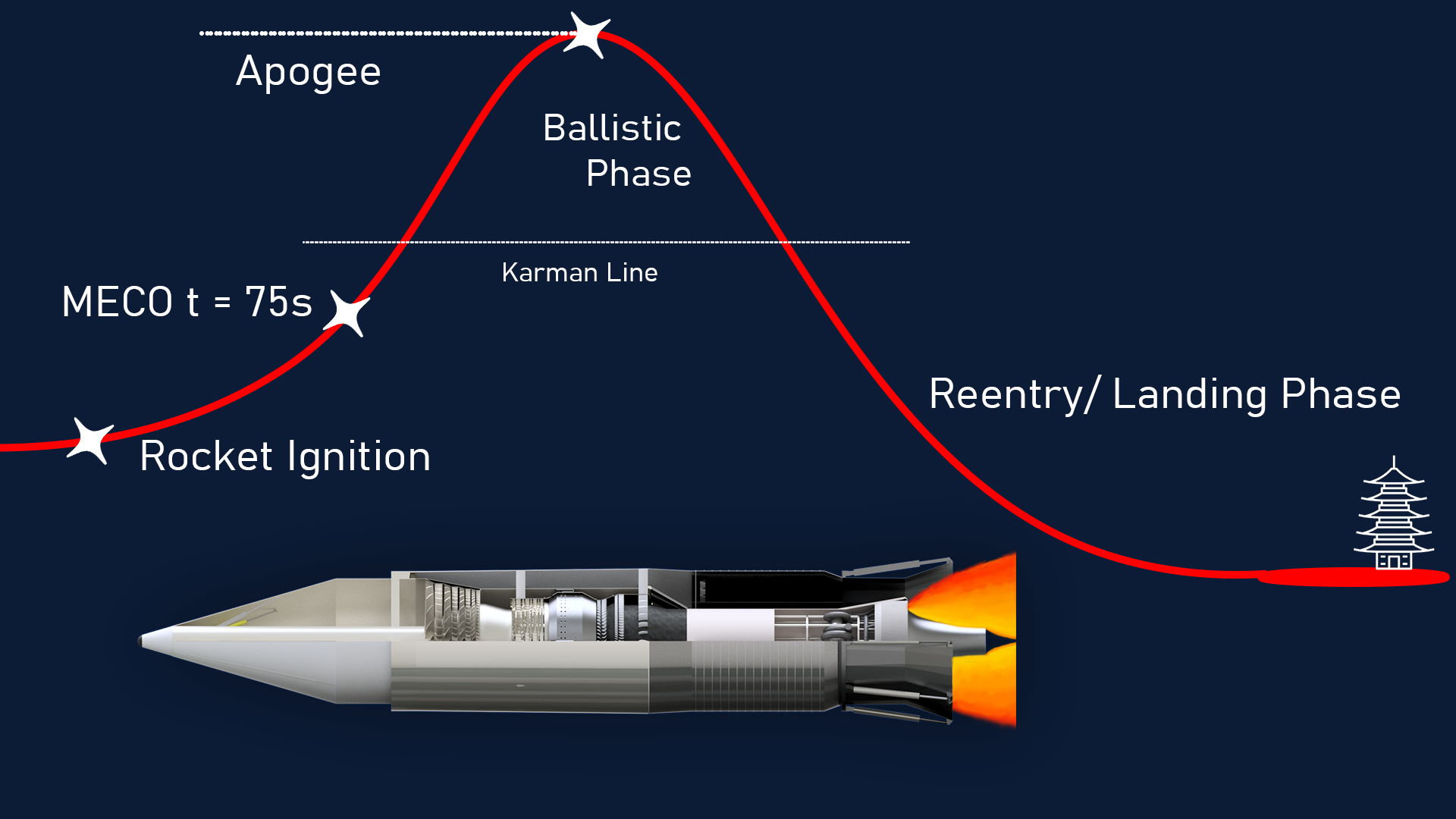 As the main goal of this engine is to both work as a high speed airliner and as stratolauncher, an engine capable of working in an extra-atmospherical environment was required. The team opted for a rocket engine able to put the plane in a parabolic trajectory allowing it to clear the last thousands of kilometers in brief time. Afterwards, the aircraft is capable of gliding to the targeted airport.

The FAST Team was born to compete in the aerospace student challenge, a competition in which the teams were required to design one subsystem of a supersonic airplane. The FAST team won the competition, in particular the Ariane Group Price. The commission, composed of members of Ariane Group, Dassault and ESA labeled the work as “innovative” and “very clever”.

The FAST Team also participated in the IAC Paris 2022 in which they presented the work in the “Hypersonic Air-breathing and Combined Cycle Propulsion, and Hypersonic Vehicle Symposium” (link) with the paper: “Concept design of a combined cycle hydrolox engine for commercial suborbital spaceflight applications (link).

They Talk About Us