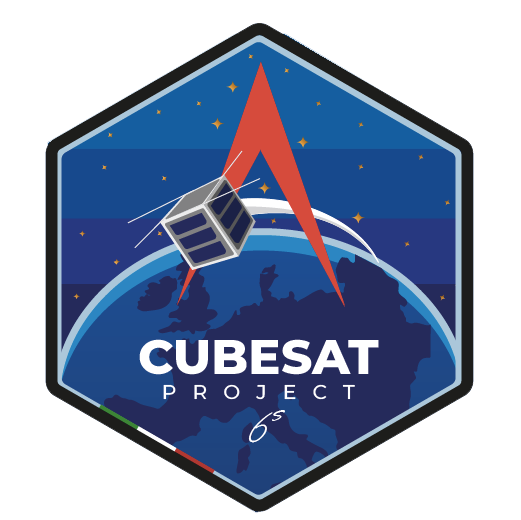 6S is a 1U CubeSat that will be the first satellite entirely designed and built by students of Politecnico di Milano.

Our goal is to provide an opportunity to get hands-on experience and apply knowledge about mission and subsystems design in practice. We are also creating network with external parties, as the team meets with interested companies, securing not only components or sponsorships, but also future jobs.

If you are interested in the project, please consider making a donation by clicking the button below… help us reach space!
Donate 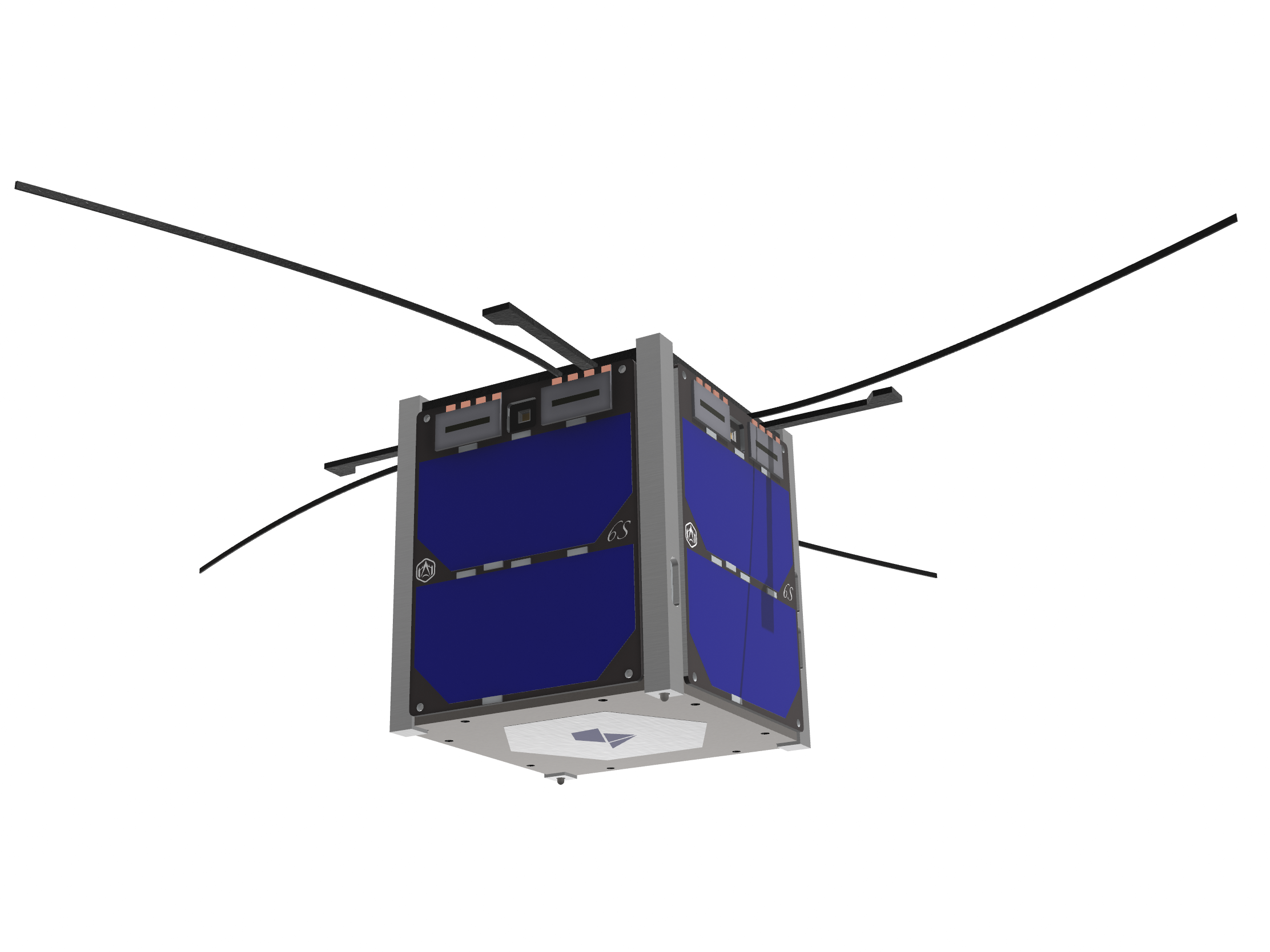 The phases of the mission are identified in order to satisfy the mission objectives. The Launch and Early Orbit Phase (LEOP) is followed by the Nominal Testing Phase, in which basic payloads functioning is assessed and performance data is downlinked. The Off-nominal Testing Phase follows, in which all the payloads and the overall platform are stressed further. Lastly, the satellite is passivated, and natural decay is exploited.

The primary objective is to conclude the Nominal Testing Phase tests successfully for both payloads. For the Perovskite solar cells, this details into a successful characterization in space, starting from the acquisition of their characteristics (open circuit voltage, short-circuit current, IV curve) and analysing their behaviour with respect to radiations, different inclinations and temperature, and the effect of the harsh space environment on their degradation.

Operating at Politecnico di Milano, the most valuable partner of 6S CubeSat is the University itself. PoliMi provides the team with needed expertise, facilities and resources and the team members are in constant contact with PoliMi professors who advise the students through their knowledge and experience.

Moreover, taking into account the company-like structure of PoliSpace, partnerships for 6S CubeSat are established via the Business&Finance department. It is responsible for research, contact and maintaining relationships with various companies and institutions. 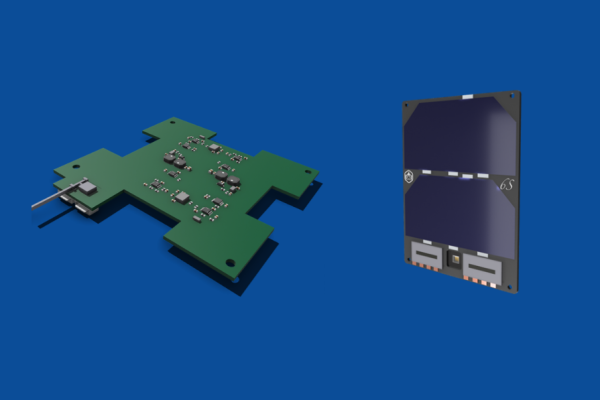 Perovskite cells are a class of solar panels, currently under research, that have emerged as a very promising candidate for improving the efficiency of solar power gathering while being relatively inexpensive to produce, very lightweight and resistant to radiation. Their main weaknesses on earth are their sensibility to humidity and oxygen, which degrade their performance, clearly absent in Space. Moreover, it’s been theorized that some kinds of Perovskites might have the capacity to self-heal from radiation damage.

These properties make them attractive for space applications. Eight cells samples of different Perovskites will be supplied by the University of Cambridge and Potsdam research group and will be flown for the first time in space, on a long therm mission.

PESCA (PErovskite Solar Cells Analyzer) is the testing circuit for the solar cells that was designed by the EPS&PL team with the advice of several PoliMi’s professors. The main goals are to measure the cells’ behaviour and degradation in the space environment and to characterize the cells in space.

In more detail, the areas of interest include the behaviour of the cells with respect to radiation, various sunlight inclinations and temperatures, eventually leading to the analysis of their degradation in the harsh environment. As for the characterization, the acquisition of the open circuit voltage, short-circuit current, and IV curve is targeted. 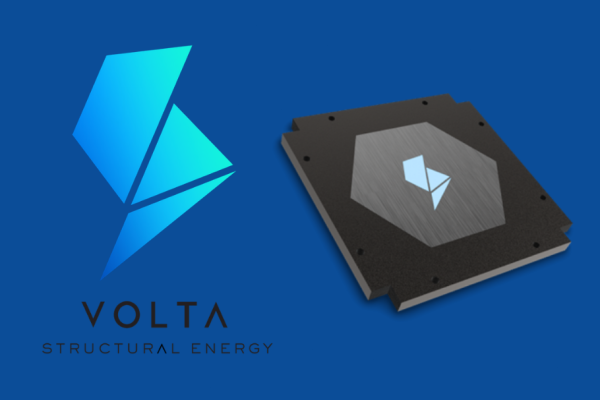 Structural batteries represent a novel approach for integrating the energy storage within structural parts of a manufact.

This leads to volume reduction, which is at a premium in space applications. As they are just emerging from the prototype phase, many variables require testing to ensure the readiness of this technology for space missions. The battery is provided by Volta Structural Energy, an Innovative Start-Up created by former PoliMi students, and will be analysed in its thermal and structural behaviour in space.

All test data will be centrally collected on a daughterboard attached to the onboard computer. These PCBs were designed to fit the needs of the mission, saving space compared to out-of-the-box solutions and optimising the utilisation of all available inputs and outputs of the OBC.

Starting point of the design: the payload identification leads to the mission objective and the CubeSat usage.
The Team received 12 proposals and continuously narrowed the list down.

During the selection process Politecnico di Milano students coming from any Engineering course could apply and the selection was divided into two rounds.

May 2021
Base Design Review

To validate the decisions made in the design and ensure the system's quality, the baseline definition review included an open review by professors from the Department of Aerospace Engineering and Research (DAER). After the BDR was deemed to be successful, the project later advanced to phase A in December 2021.

After the selection of new team members, it was necessary to ensure integration within the teams and establish a healthy working environment.

Starting with the payload selection the feasibility analysis is performed to check that a consistent design could be carried on with the available resources.

The preliminary analysis of the mission has been performed. The major output of the preliminary analysis was the impossibility to fit one of the payloads inside the cubesat because of the complexity of the operations and the loss of the control authority. It has therefore been decided to keep only 2 payloads to embrace the identification of simplicity as the main driver of the mission.

The mission is strongly supported by PoliMi with a financial contribution of around 50kEur, to buy specific hardware components of the satellite.

With the completion of phase A, phase B has been initiated.

Four papers were presented by the 6S CubeSat team at the 73rd International Astronautical Congress 2022 in Paris, which took place from 18-22 September.

Completion of Phase A

The 6S Team has successfully completed Phase A and initiated the progression to Phase B!

The team has submitted numerous abstracts for the 73rd International Astronautical Congress, which were accepted for an oral presentation in Paris in September 2022!

Politecnico di Milano decided to award us the funding for the following components:

Donation via PayPal by clicking the button below: