During In-situ Resources Utilization (ISRU) activities on the Moon, the lack of atmosphere and the low gravity might cause the creation of large dust conglomerates, endangering habitats and machines.

Due to the growth of the ISRU activities during the lunar missions planned in the next decade, associated dust pollution and dispersion shall be considered a major concern for any operation.

One of the most promising solutions to this issue is represented by the enclosure of ISRU machines in closed environments to be placed in the neighborhood of the lunar habitats, allowing dust to be captivated and collected for potential re-use in other applications.

Asclepios ll is an analog astronaut mission. A crew of six international analog astronauts will be placed in isolation while they carry out experiments and EVAs to explore the challenges in the search for water. The mission will take place in July 2022 at Sasso San Gottardo, a Swiss world war era fortress in the Airolo municipality of Switzerland. 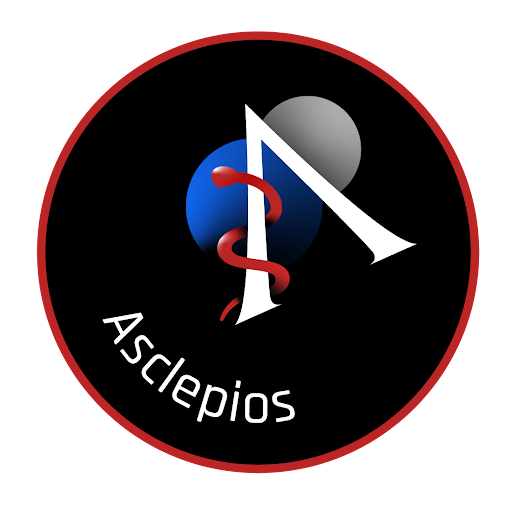 Lexicon design aims to improve the filtering solutions already adopted in the Apollo mission by reducing the required maintenance and increasing the number of possible applications. The system is based on a closed-cycle, involving an inert fluid coupled with a cyclone filter to collect the dust produced inside a dome accommodating the ISRUmachine. The system’s scalability is allowed by 3D printing almost all the components and assembling them in-situ, thus avoiding the transportation of bulky materials. 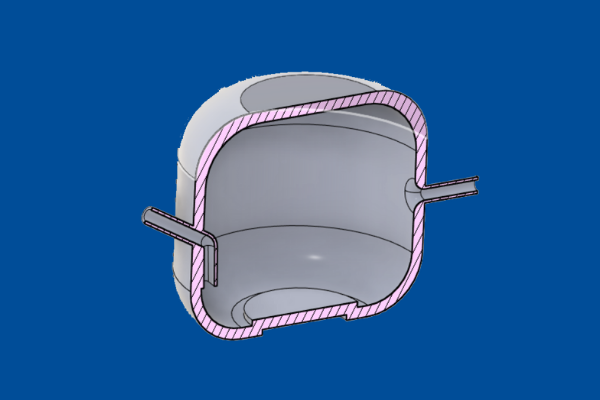 The dome has a cylindrical shape (for this demonstrative version, the dome shape has been maintained as simple as possible).

The reference sizes are diameter and height of 0.5 m. Two ports will allow connection for the pipes (an inlet of clean gas and outlet of dusted gas). The dust can be inserted into a lateral door. The selected material for the dome is PLA. 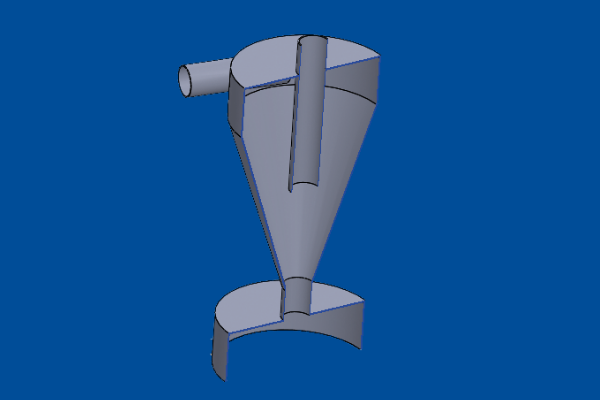 A cyclonic filter is shaped as a descending cone. At the top, two ports allow the inlet and outlet of dusted gas and clean gas. At the bottom, a reject port allows the separated dust to be
collected in a dedicated box.

Being the expected particles to be separated in the range
magnitude of 0.5-0.05mm (500-50 microns), proper sizing of the cone diameter in the strict part can ensure a high-efficiency separation. 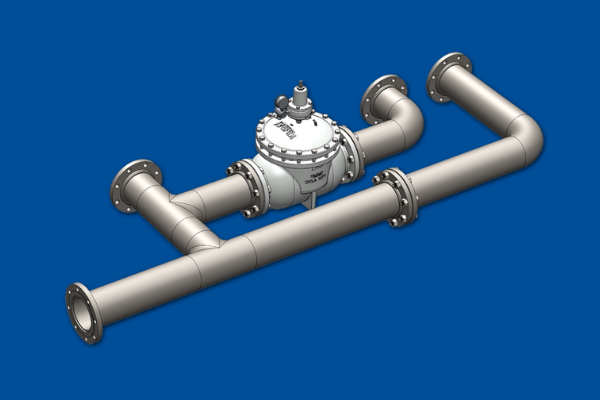 The diameter of the pipes is 1 cm. Manual valves 1 and 2 are introduced for flow regulation and the isolation of the reservoir from the compressor. Valves will allow the flow rate regulation across the SOP.

A grid filter capable of filtering 0.05 mm particles is placed after the cyclonic filter, at the exit of the system, in order to double check the efficiency of the cyclonic and not disperse in the Mission environment the sample dust.

The filters collect the dust contained in the dome. The compressor pressurizes Reservoir 1 up to a critical pressure PC1. The reservoir is then discharged in the dome to create a flow rate sufficient to move the dust from the dome to the cyclonic filter.

The Cyclone filter needs high flow rates to work. For this reason, the system relies on the reservoir charge/discharge rather than the limited flow rate that the compressor can provide. After the discharge of Reservoir 1 into Reservoir 2 (passing through the dome and the filters), the dust should be found in the dust collector of the cyclone filter.

Project presentation of the full proposal

The team has submitted an abstract fro the 73rd International Astronautical Congress which has been accepted for an oral presentation in Paris this September!

ℹ️ If you’re interested, you can find more information and the application form in the vacancies section!